Poetry really isn’t the craze it once was. Rhyming poetry is even less in vogue. Still, nonetheless, here’s a poem I recently wrote and a rhyming one at that.

I think what draws me to poetry is how so much emotion and meaning can fit into such a small space. It’s like you take a bunch of thoughts and you boil them down until you can’t boil them anymore. What’s left over is, hopefully, something with some kick.

My wife recently dehydrated some mangoes. I came home from a long busy day, grabbed a bag of them and started chomping. They were like candy. We (my wife and I) kept talking and I kept eating. Before long, Calle hinted to me that the kids were looking forward to eating some of those. I felt bad but it was mostly too late. I ended up eating five mangoes without realizing it! They were reduced down to their most basic state and went down easy. That’s dried mangoes and poetry for you. 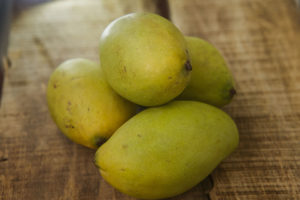 This poem about Jesus was written with the goal of showing Jesus as He really was. He was not about ladder climbing as much of the church has bought into. In the opinion of all the “most spiritual,” He was at the bottom of the barrel.

Jesus had no formal education, came from an ordinary family, was homeless during the years of his ministry, and was not considered physically attractive. By current American standards, from most in the church and outside of it, He would have been considered a complete loser. The religious community of that day concluded that He was cursed by God. After all, true spiritual favor was shown by material blessing.

If most of us in conservative Christianity were to be honest, and I often fear that few are, we don’t know what to do with the Jesus of the Bible. He was a guy who threw religious achievement out the window and, instead, just (gasp) helped people.

I have this secret fear that Jesus wouldn’t have lasted much more than a day in many of the religiously smug meeting places across the western world before being shown the door. So here’s my attempt at a boiled down snapshot about that Jesus. A Jesus few who have been in the church for years are like (I include myself in that group). But at the same time, He is the one who is our only hope. He’s the one who gives us the breath to try again each new day–to walk the perilous, exciting and humbling way that He spent every day of his existence. Jesus is the only one who can save. A quick look in the scriptures gives little doubt why. 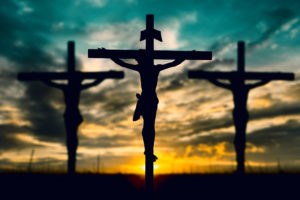 I know to look into my eyes

Is tough to do and not despise.

‘Cause nearly all view me the same.

Oh, some have fame–I have but shame.

Did you know, though, I have a name?

No check to cash or house is mine;

No cozy bed or place to dine.

I’m in your mind, you curse the thought;

Your conscience burns within you, hot.

Still, you have much and I have not.

I had a job, my hands were strong;

Money and skill and I belonged.

My dad and mom, of me, were proud.

The work I did impressed the crowd

And I had dreams, they were allowed.

My work was hard, the sweat poured down;

Now blood stains me and stains my crown.

And I’ve felt everything of hate.

Its fury brought me to my fate

And took me to the grave, but wait.

Yes, I was horrid to look on–

Yet, love unequalled flows from me

And in my hand’s eternity.

You have a home is what you say;

There’s food for you, a place to stay

And you have friends and they are kind.

Still, look on me and you will find

That you have nothing unless you’re mine.

As they were walking along, someone said to Jesus, “I will follow you wherever you go.”

But Jesus replied, Foxes have dens to live in, and birds have nests, but the Son of Man has no place even to lay his head.”

There was nothing beautiful or majestic about his appearance,

nothing to attract us to him.

He was despised and rejected—

a man of sorrows, acquainted with deepest grief.

We turned our backs on him and looked the other way.

He was despised, and we did not care.

Pure and genuine religion in the sight of God the Father means caring for orphans and widows in their distress and refusing to let the world corrupt you. 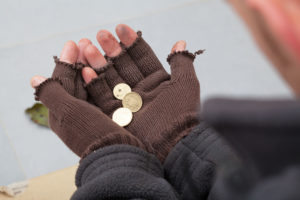 “Then the King will say to those on his right, ‘Come you who are blessed by my Father, inherit the kingdom prepared for you from the creation of the world. For I was hungry, and you fed me. I was thirsty, and you gave me a drink. I was a stranger and you invited me into your home. I was naked, and you gave me clothing. I was sick, and you cared for me. I was in prison, and you visited me.’

“And the King will say, ‘I tell you the truth, when you did it to one of these my brothers and sisters, you were doing it to me!’