Is It Morning Yet?

“I long for the LORD;

more than sentries long for the dawn,

yes, more than sentries long for the dawn.”

Ever worked the night shift? It’s an odd feeling trying to keep your eyes propped open while most of those around you are sleeping. Do you know what night shifters most desire? Sure a late-night snack would be nice. A friendly conversation with a co-worker would be welcomed, too. But you’ve missed the point if you think that’s what they’re after. There’s one word on the mind of any night-shifter more than any other and there isn’t a close second–Morning. 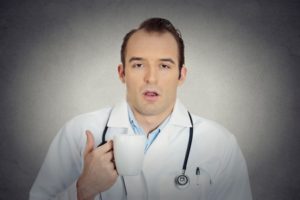 It’s not necessarily because they don’t like their job.

It’s just that they have biological needs that require attention. Morning means that they’re done. They can let their guard down, pour some fresh coffee (decaf), and take a long rest from alertness.

This longing is completely normal and natural. Watchmen or sentries long ago who made sure their city was safe from enemies felt the same way. They were constantly scanning their surroundings for enemies that, usually, never came. For them and any night-shifter, the morning was a happy occasion; one of relief. Their desire for repose was powerful, primal even.

King David, being a military man himself, understood the unique challenges that faced the night people. He knew that each shift they reached a point that they were fed up with fighting their humanity. All they could think about was a comfortable place to snooze.

But David, as strong as he knew those desires to be, shared that his desire for God was far stronger. The longing was urgent. He was in despair over the many troubles in his life and felt powerless to overcome them. All other longings in his life fell away compared to One.

He, like night watchers and night shifters, was beyond fatigued and weary. In his case, a warm bed wouldn’t solve his difficulties. Things were far more desperate than that. There was only one place of rest that would do him any good. He knew that place well. He knew that there, regardless of public opinion, he would be tenderly accepted and given renewed hope.

Maybe it doesn’t sound dignified. But David, though a king, wasn’t worried about dignity. He needed help and knew that he wouldn’t find it from anyone or anything else around him. There was but one solution that burned in his heart. He would run to the loving arms of his God and find rest, or bust.

David’s troubles were unique to him. One thing that is not unique in the broad sense, though, is trouble. Everyone handles difficulty differently though everyone faces it. Some become angry and rage. Others despair never to rise again. Some go to sin in an attempt to dull the pain. Others hope and pray that people will help them pull through. Very few run to their heavenly Dad. David did and found hope while in circumstances that made him despair.

Are you experiencing trouble or despair, even? Your Eternal Dad is there for you, too. Let the pain turn you to His arms instead of the other direction. There, and only there, is rest from your long, weary night. Hold on tight to Him and refuse to let go. The darkness is almost gone and the eternal dawn is about to break out of its cage, never to be confined again.