The Sunday Before My Dream Church Service 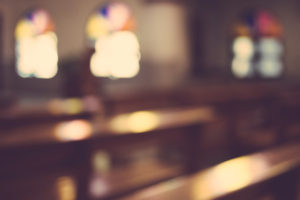 There’s something we love to hide.

As a Christian, something that baffles me more than nearly anything I see in our churches is the panic-driven attempt to cover up our imperfections.

I get it that we shouldn’t share just anything with anyone. There should be discernment.

But we’ve taken the hiding game so far that, often, we’re just acting instead of “being.”

We work so hard to keep up a certain image that we no longer have the energy to be real.

Christianity is built on that fact.

Because of God’s unspeakable love, failure’s not something to wallow in. Not a reason to pull the covers over our head and stay in bed tomorrow.

But it is something we need to always remember when relating to others and God.

The Sunday Before My Dream Church Service

If God spoke to me and said, Neal, I’ll provide whatever you want for this church service, this is what I’d ask from Him.

There would be no preaching that day.

There would be no passing the plate.

No 40-second meet and greet where you try to act genuinely interested in someone you too often don’t know that well.

All it would take is a lot of paper and a lot of ink.

When we walked into the church, along the walls would be a printout of every sin each of us ever committed.

The largest stacks would belong to the oldest. But let’s just suffice it to say that each stack would be plenty thick enough.

I think there would be a lot of crying that Sunday–weeping even.

There would be long periods of stunned silence.

Sincere prayers of gratitude that God could still love us despite all we’ve done.

We’d realize a bond between us so much stronger than mere blood kinship. Our “Facebook facades” that existed long before Facebook existed, would finally fall off for good.

Cliques would become obsolete. So would the color of our skin and our pay scales.

Spiritual pride would be obliterated.

There would be unspeakable pain that Sunday.

But that unspeakable pain would give way to brimming joy because of what Jesus did for us. That He died to save us from our sin.

I think when people asked us how we were doing the following Sunday, there’d be far fewer “goods” in reply.

Words like blessed, Heaven-bound, unconditionally loved, full of joy and hopeful would replace those standard answers. Standard answers that too often are a lie.

I don’t know exactly what the following Sunday would be like.

But I bet it would be way different.

Wouldn’t that be refreshing?

“…Then your salvation will come like the dawn,
and your wounds will quickly heal.
Your godliness will lead you forward,
and the glory of the Lord will protect you from behind.”