“God blesses those who are humble, for they will inherit the whole earth.” 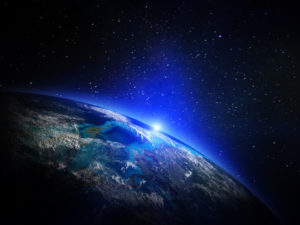 The humble or meek often get bulldozed by the “strong.” Ironic thought that Jesus gives the crowds given that fact. In many cases, the wealthy, powerful and influential grab all they can at the expense of those who are struggling to just get by.

James shared about this tendency when he said, “Isn’t it the rich who oppress you and drag you into court? Aren’t they the ones who slander Jesus Christ, whose noble name you bear?”

Jobs are cut, homes are lost and paycheck to paycheck is the greatest hope many end up accomplishing. They hope they can keep food on the table and the lights on. Inheriting the earth isn’t on their radar. Survival is just a tad more pressing at the moment.

So was Jesus wrong in saying what He said? There are two possibilities. If he was speaking of the here and now, then yes. Ramses, Alexander the Great and Hitler, for example, threw meek under the wheel and crushed it. They lapped up buildings, towns, countries and people with the goal of benefitting themselves.

For a season, no one can argue that they did benefit. They enjoyed extravagant food, mansions and parties. But one day, God came looking for them and they were gone from the earth never to return again. I have a feeling that they had a bit of explaining to do, too. Don’t you think?

Although the analogy above is fitting given this scripture, it’s important for me to note that poverty isn’t necessarily accompanied by humility nor is wealth by pride. Those are simply statements that scripture relates as generally true.

The thieves on the cross were almost certainly poor except for what they acquired through unjust means. Joseph of Arimathea who helped with Jesus’ burial, Job and Abraham are just a few examples of wealthy people who evidenced hearts that were right in the sight of God.

Jesus said that God chose those who would be poor to be rich in faith. He also said that it’s basically impossible for a rich person (easier for a camel to go through the eye of a needle) to enter the Kingdom of Heaven. Still, He followed that statement that with God all things are still possible. Again, statements that tend to be true but have exceptions.

At its most basic level, all that humility or meekness means is having an accurate view of oneself. John the Baptist is a perfect example of a humble attitude in scripture. Jesus said in Matthew 11:11, “I tell you the truth, of all who have ever lived, none is greater than John the Baptist.” Most would have fallen into spiritual pride to receive such high praise. John didn’t. Despite his higher spiritual prowess compared to everyone else, he recognized that he was a sinner, that his sin deserved judgment and without God’s mercy he would die and be forever separated from God. Besides this, he came face to face with the World Maker (Jesus) in human form. That in itself was enough to bring him to his knees.

In John 1:27, he said these words about Jesus. “Though his ministry follows mine, I’m not even worthy to be his slave and untie the straps of his sandal. John had a clear view of himself. It made him live with complete respect, fear and humility before God. It also gave him cast-iron confidence in the face of those in high religious places who, in their extreme pride, sought to intimidate and endanger him.

My wife backed over a tricycle last week (the hazards of backing up in the dark). One of our girls grieved for her special possession. There was no fixing that one even though her older sister used a lot of duct tape trying. It was a good chance to remind our children that that is what happens here on this earth. Everything’s watered down and expensive even though it’s cheap. 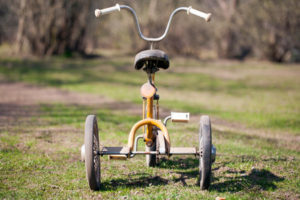 Is this the life to conquer? For those whose main goal is just that are in for disappointment. The more achieved makes the loss at the end of life sting all the more. It doesn’t have to be that way, though, for the rich or the poor.

We’re all experiencing pain of the same nature as my daughter with her tricycle. It’s the pain of constantly being reminded that nothing lasts, that nothing can be kept. Whether it’s an aging physical appearance, a new scratch on that new car, or leaky roof, we have a front seat to it every day. That pain is meant to turn us to the one who can ease the pain. Often, we turn the other way. But still, He’s there waiting. He holds eternal life in his hand. He holds the new earth to come in his hand. There’s not a shred of anything cheap in that earth to come. It’s already paid for, too.

It wasn’t paid for with gold or any other cheap wealth. It was paid with the blood of God. That’s right, the blood of Jesus to take away our sin so that we can inherit eternal life. The meek inherit an earth that will never see any decline. In fact, it’ll be just the opposite. Things will keep getting better. Humble, gentle, willing to yield to others and quiet was the example set before us in a world that knew nothing of meekness.

That quality was nowhere to be found in the fake religious system that Jesus came to rescue. Instead, the fake ones felt threatened by real sincerity and took care of the perpetrator. But death will never hold Him or those who have been loved by him. The humble will inherit the only earth that matters. Forever. And they’ll always be with the One who has no comparison.