Why The Pursuit of Happiness Leads to Misery 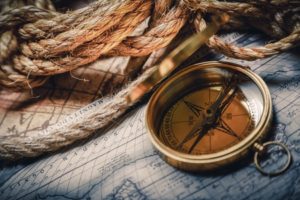 You keep chasing happiness but the more you do, the more it evades you.

It’s disillusioning because you’re doing everything our culture tells you to do to be happy. You’ve jumped through all the hoops better than most.

People may even envy you, wishing they had what you have.

No matter how many brag-worthy pictures you post on Facebook (which amount to maybe one percent of your life).

You have the other 99 percent to deal with and it’s, well, not exactly Facebook-worthy.

Let’s talk about the other 99 percent (mine and yours). What do you say?

The Problem Isn’t You

The reason you keep chasing happiness and come up empty, that is.

Whether you realize it or not, you’re dealing with hard-set laws.

Laws as real as gravity–Even more so, actually.

Want to be happy by pursuing happiness for the sake of happiness?

I’ll give you something easier to do first.

Try what you did when you were a kid (or a kid at heart!).

Flap both your arms as fast as you can and see how far your feet lift off the ground.

That’s seriously easier than chasing happiness and actually catching it. The law of gravity is a lesser law than the law of happiness.

The Law of Happiness

The law of happiness works the same for everyone regardless of race, age, gender or socio-economic status.

Here it is: If you make happiness your chief aim, you’ll get exactly the opposite of what you want.

The law of happiness says something about the eternal character of God. It’s way more intimate than physical laws that can change without God’s character changing.

You’re made in the image of God. Buried deep in you is a blueprint.

Your blueprint tells something unique about you. It says your purpose always overrides your pleasure. (At least that’s the way your life actually makes sense).

We have a purposeful God, not a self-medicating one. We all work the same way though we try convincing ourselves we don’t.

The law of happiness cuts to the heart of who God is, always was and always will be.

We’ve become masters of the happiness pursuit. But we don’t have what we wanted.

Destitute treasure seekers who can’t afford a loaf of bread.

We’ve left God’s way. The way that’s written all over us.

Turned our backs on how we’re wired–the way we work.

Doesn’t the idea of re-invention mean that the new result must be better than it was previously?

The utopian life we hoped for is a plane crash site–a charred ground zero. Like a drunken airline pilot who brought down way more than himself when he tried to “feel a little better”.

We weren’t made for comfort and happiness above all other things.

That’s the surest way to despair.

You Were Meant To Go To Sea

Here’s a saying you may have heard before:

“A ship is safe in the harbor, but that’s not what ships are made for.”

We were made for the spray of the sea and the howl of the gale. Meant to struggle and overcome in that struggle.

Yeah, that can mean beautiful, safe weather but it can also mean a cold, crummy drizzle or treacherous hurricanes.

But deep down, something satisfying happens by leaving that harbor. You accomplish the “why” to your existence.

Make no mistake–You have a why.

Even if you sink miles to the ocean bottom in an epic storm, at least it was while doing what you were meant to do.

We all die regardless. Either die doing something that matters or don’t–but either way, you still die.

About the Harbor Dwellers

The “ships” pursuing happiness for its own sake–what are they doing?

Going from this harbor to that one, always looking for a cozier cove. It’s shameful.

But all those things (which aren’t bad in and of themselves) cannot drown out the pain of a squandered life.

Those who accomplish their purpose are looked down on by the harbor dwellers. But those who cruise into the harbor after spanning the Indian, Pacific or Atlantic have a different perspective.

They may have fleeting thoughts of envy when they look at the harbor dwellers. But hopefully more than anything else, there is pity.

It’s not too late for the harbor dwellers–At least not yet.

They’ve bought the lie that those comforts, those pleasures cancel out the pain of pointlessness.

They do not. They cannot. They never will.

It’s the perfect recipe for misery and that’s all.

Oh, but our culture tries to convince you that a slow rot in the harbor is where it’s at.

Don’t you see their dead eyes? Dead before death even shows up.

Don’t you see their shriveled sails hanging limply against their masts–in disrepair and rotting clean through?

The stench of a hundred molds catch your nose making you lurch.

That’s the American Dream at its finest, baby.

Yeah, real cool–like getting bit by a rabid wolverine cool.

It has nothing to do with physical aging. That happens to everyone regardless and there’s no shame in that.

Rather, it’s the profound deadness of soul that results from doing virtually nothing worthwhile with your life. The heaping up of everything for yourself and, thereby, being left with nothing.

No amount of pleasure can blot out a pain so immense as missing the point of your life.

Happiness Is a By-Product

Happiness isn’t something to pursue. It’s way too cunning to be had that easily.

Lasting happiness is something that just happens, not something you wrestle to the ground and take hold of.

All the money in the world can’t buy it. Neither can all the best circumstances create it.

And the worst of scenarios on this earth cannot steal it from the person who truly possesses it.

The by-product of a life that’s lived doing things that matter.

Real happiness–call it joy or whatever you like–is more like quiet contentment. A close and loyal companion always at your side.

With this close friend, you can overcome any circumstance thrown your way or at least die trying.

And if you die trying, the result is even better than staying in this world brimming with problems.

Your purpose overrides the weak pleasures this world chases after. And in that, ironically, lies the greatest form of pleasure.

Your pleasure becomes your purpose.

It comes from God to tell you you’re on the right track.

That quiet joy tells you that dying so you can live makes sense.

That living only to die is a short-sighted lie. That it can’t even make you truly happy during the very brief time you’re “living”.

And so the thing that, at first, seemed so dreadful that you avoided it like a flu bug becomes your delight.

You become that kernel of wheat that dies that Jesus talked about.

You go into the ground and produce an incredible harvest. Without first dying to live, that wouldn’t have been possible.

Your life amounts to something–something that matters.

You fulfill your why. You don’t just simply die.

You do die in peace, though. You die expecting more than you’ve ever seen, ever experienced.

Because real life is just starting at death.

To your last breath, you know there was no other way that made sense.

Anything else was pure madness, insanity.

Is This the Last Day Of Your Life?

For anyone reading this, it could be.

If so, it’s still not too late to get out of that stuffy, harbor prison and discover your purpose. To go to sea and never look back no matter how hard (or good) things get.

Your God is way too concerned about progress to fault you for a late start.

Tell Him you’re fed up and that you want something more than rotting in a stagnant harbor.

He wants to see a courageous finish out of you. With Him, you have more grit than you ever imagined.

Yep. That’s Him at the finish line waiting.

The smell of Heaven is in the air.

It was by faith that Moses, when he grew up, refused to be called the son of Pharaoh’s daughter. He chose to share the oppression of God’s people instead of enjoying the fleeting pleasures of sin. He thought it was better to suffer for the sake of Christ than to own the treasures of Egypt, for he was looking ahead to his great reward.