The Most Beloved Racist of Our American School System 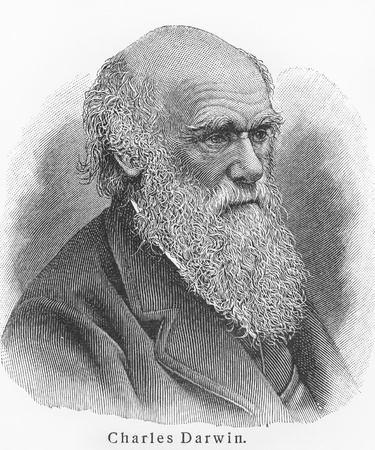 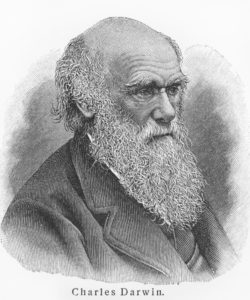 I’m speechless. Why are our children and grandchildren still being taught about Charles Darwin as if he were some kind of hero?

Given some of the documentaries I’ve seen that are shown in our schools, you would think that Darwin smuggled young children out of concentration camps. Sadly, the opposite is true. His teaching helped them into places like Auschwitz and made sure they didn’t come out until they were dead.

In the documentary, Expelled, Ben Stein explored how Darwinian beliefs led to the greatest atrocities in human history, namely the Aryan or superior race beliefs of Nazi Germany and the resulting bloodshed.

You know, the world war that left over 60,000,000 or roughly 3 percent of the world population dead. We usually just say “million” after the 60 but I wanted you to see the zeros to get the point across. Those are people. Quite a few, huh?

And now a hero is held out to our children and grandchildren who’s done far more harm to humanity than Kim Jong Un of North Korea. America is the willing and complacent teacher of injustice masked as virtue. I wish it was just a bad dream but it’s not.

The Racist Book That America Covets

If you were to pick up Darwin’s Origin of the Species, you wouldn’t need to read far to discover that he believed certain races were superior. The full title of the book reads as follows:

“On the Origin of Species by Means of Natural Selection, or the Preservation of Favoured Races in the Struggle for Life”

So who were the “favoured” races? In his opinion, the white technologically advanced ones, of course. The dark-skinned ones or those living in impoverished areas of the world? Not so much.

Ironically, his racist book was published in 1859, just two years before we began the bloodiest war in US history where between 620,000 and 750,000 soldiers died. This was an unthinkable loss, especially given the small population of the time compared to today.

And why was it fought? Because half of our country believed that it was ok to treat certain people worse than farm animals. Just when we needed a voice of reason, England’s Darwin got out his pen and made things exponentially worse.

Despite the noble cause of the Civil War and the defeat of slavery, most in the scientific community would consider Darwin’s words gospel by the 1870’s.

I’m not writing about these concerns in a vacuum. In my writing journey, it probably wouldn’t surprise you that I’ve done some other jobs along the way to keep the lights on.

One of the gigs I’ve done is sub teaching. Sometimes subbing doesn’t just involve filling in for a teacher. It also occasionally involves sitting in on a class and taking notes. On two different occasions last year, I sat in on a class when evolution was discussed and a movie played that talked about Darwinian evolution. This is in rural America with a viewpoint that is generally pretty conservative.

(I subbed for a number of schools and districts last year. Of course, I’m not going to reveal any names or school particulars.)

The first time, What Darwin Never Knew was shown.

I’ve provided the video for you. Here is a quote about Darwin’s theory within the first 30 seconds of the video:

“Charles Darwin’s brilliant theory…It’s been called the best idea anyone ever had.”

Wow. Darwin’s ideas which included superior races who would overcome the inferior ones is called, “the best idea anyone ever had” in front of dozens of teens.

In short, “the best idea anyone ever had,” included things like ethnic cleansing, oppression and slavery. Darwin’s message was that “might” makes right.

No, his dirty little secret isn’t revealed in this documentary. It’s glossed over and the man is portrayed as larger than life, a regular champion of humanity.

Here is Cosmos A Space Time Odyssey which was shown during the second time that I sat in on a class. I’d like to call your attention to something beyond curious. Fast forward to 15:39 and this is what you’ll hear:

“This is evolution by natural selection, the most revolutionary concept in the history of science. Darwin first presented evidence for this idea in 1859. The uproar it caused has never subsided.”

“The uproar it caused has never subsided.” Yeah. No kidding.

Given the ethnicity of Neil Degrasse Tyson who hosts the video, he would have been deemed an inferior person by Darwin. But here he is singing the praises of “the greatest marvel in the history of science.”

If we’d followed the advice of Darwin who he so enthusiastically holds high, where would Neil be? On a slave plantation somewhere in the South, that’s where he’d be. It makes no sense. Ludicrous. Black lives absolutely do matter. But they didn’t according to Darwin.

Darwin’s legacy is not a good one no matter how documentaries attempt to tell us otherwise. Ken Ham’s book, One Blood, goes into some of the other dire consequences of Darwin’s teaching.

One of the more bizarre and tragic ones led to a pygmy from the Congo named Ota Benga being put on display in a New York City zoo at the turn of the 20th century. He was kept in a pen with monkeys and thousands streamed into the zoo to gaze on and laugh at this “missing link.” Benga later committed suicide.

Ham’s book also recounts the frenzied search for missing links to the evolutionary process of humans after Darwin’s theory became known. Graves of aboriginal people were robbed but that’s not all. Aboriginal families including men, women and children were murdered and preserved like big-game trophies. The goal was to display them as proof of Darwin’s theory.

Here’s a quote from One Blood about America’s involvement in body snatching after Darwin’s theory took hold:

“Evolutionists in the United States were also strongly involved in this flourishing “industry” of gathering specimens of “sub-humans.” The Smithsonian Institution in Washington holds the remains of 15,000 individuals of various races.”

So is Darwin a hero? No, he is not. So why are we covering up the truth? Look. I’m not asking to religionize the schools.

All I’m asking is that we at least tell the truth to our children and grandchildren. That’s fair enough, isn’t it?