Death And The Ultimate Healing 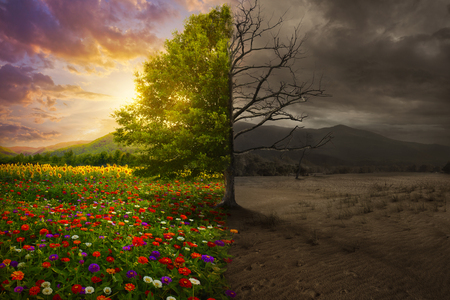 Thanks But No Thanks

As a teen, I met a man of around eighty. He was at my high school, the location he’d arrived at to vote. We struck up a brief conversation before my day started and he went home, having done his civic duty.

He shared with me about his life and I asked him, “Would you do it all over again?”

“No way. Once was more than enough,” he said. His response surprised me.

“That’s kinda morbid,” I thought as I walked away. Twenty years later, I’m starting to understand where that guy was coming from.

By now, that man has almost certainly passed on to the other side.

But I haven’t and may not for decades. And that gets me thinking…

So, as the hair on my head falls out, the battle of the bulge grows fiercer and my electronic nose hair trimmer’s batteries need replaced, again, I start to picture myself in the shoes of that old man.

If I’m around forty years from now and a high schooler asks me the same question I asked that old man, what will I say?

No matter how good my life was on earth, I believe I’ll say, “No thanks! Once was more than enough.”

That doesn’t discount how thankful I am for some amazing friends or that I have more than I could have asked for in a family. It’s just that I’m waiting, often impatiently, to be let into the door of another world.

It reminds me of a stray cat that regularly visited our home when we lived in Manitoba, Canada. We were in the worst winter on record when this cat we called “Tiger” would drop by.

Our high temperatures were sometimes as low as 15 to 20 below Fahrenheit and our nights were as cold as 40 below. That’s not counting the wind chill!

The tops of Tiger’s ears were burned and pealing from the extreme cold. All we had to do was open our front door a crack and before we had time to react, Tiger burst into our home. He let out a long, high-pitched, frenzied meow of desperation as he entered.

That meow was so pitiful that it was as if, for a moment, I understood how to speak “cat.” I knew what my poor, furry friend was saying and it went something like this.

Actually, I did have an idea. And so do you.

Our scriptures say that for all of God’s creation, it’s like we’re crying out in labor pains, longing for relief. We’re all in an unenviable situation. A pathetic one, actually.

If someone was to look at the salmon, the osprey, the katydid, the wildebeest and people of our world and that person was outside of our ongoing mess of suffering they would feel profoundly sorry for each creature and each person.

All of creation desperately wants to be released from ongoing, immense pain. And there’s only one way for that to happen. And that way is bitter before it’s sweet.

Many times since, I’ve thought that we all have a lot in common with that poor cat. We’re waiting at the door of God’s house in our misery. Waiting for just the right time when He opens that door for us so we can enter.

Not because we deserve it but because Jesus made a way for us to enter. And so we live in between this feeling of hoping we don’t die but hoping our suffering ends soon.

God is merciful for letting us live and even more merciful if He lets us die. We’re torn between the two just like the Apostle Paul was.

Here’s something you won’t hear too much about in our culture but it’s no less true. Death, for God’s children is the ultimate kindness He can bestow. Otherwise, we’d be stuck on this cursed earth for good.

And, in my opinion, the older we get, the older it gets. Living in a cursed world, that is.

Stop fretting about how or when it will happen and realize that your transition from the heaviness of this life is already fixed. That God will provide just what you need when that time comes.

And realize that the best day you’ve ever lived will be that day.

You were birthed into a world of unthinkable heaviness and loss (Babies cry for good reason when they’re born). Because of Jesus, you will leave that same world with those perpetual burdens lifted forever.

Though Solomon spoke in his pessimism when he said that the day of death is better than the day of birth, for all of God’s children, that is truer than we can grasp.

The final transition provides an instant way out of this ruined world. A world that, every moment, nearly crushes us until God in his ultimate kindness says, “Enough! It’s time to transplant you into a much better garden. First, I must tear your roots out of the old, polluted soil and that will be painful. Oh, but when you see where I move you to, you’re gonna love it!”