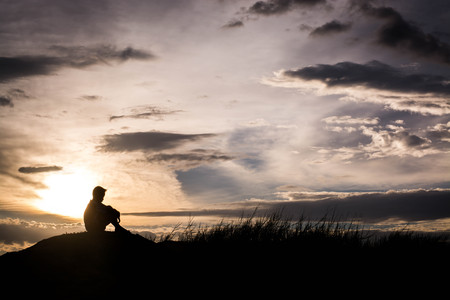 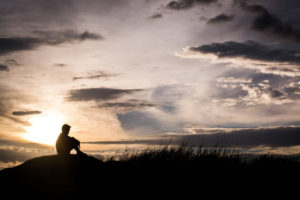 There’s something that concerns me more than the plight of the American church. That something is me.

I have plenty of disappointment with myself. Spiritually speaking, I can hardly look in the mirror sometimes. I want to be different. I want to be part of the solution. But, too often, I find that I only make things worse.

What matters more is what God thinks of me. That He’s happy with me. That I love people.

Regularly, I find myself hanging on for dear life, just trying to survive. My day is littered with short, self-focused and distracted prayers. More than I care to admit, I find it difficult to see what God’s doing in my life and the lives of those around me.

It’s tough for me to admit these things. It’s so much easier to point fingers and say that the problem is out there.

To say that I’m not all right is painful but freeing at the same time.

I’m convinced that I have a problem with apathy when it comes to my walk with God.

Ever hear this saying?

Ah, the problem of every human heart. We choose the path that we’re convinced is easiest. We stick to that trail even though it isn’t always the easiest in reality. It’s familiar so we just keep walking. But over days, months and years, something can happen. The pain of changing becomes easier to deal with than staying in the same crummy situation.

We abandon the uncomfortable in search of something better. That’s why some people leave a dead-end job for one that’s more fulfilling. It’s also why a girl stops dating a guy who’s being a jerk to her. Sure, it feels bad not being in a relationship but it finally feels worse to stay where she’s at.

More pain is required to move in the right direction, spiritually speaking, than in any other area of life. It’s also the most difficult area of life for us to assess our true condition.

In America, because of our easier life, we rarely ever feel our desperate need for God. The need is still there waiting to be discovered. We just can’t perceive it enough to do something about it in most cases. We don’t get too close to Him. We almost draw near enough to never want to go back to how life was before. Almost.

That’s why so many of us are materially well off compared to the rest of the world but that’s about as far as it goes. Our nation is plagued with moral country clubs when what we need are spiritual hospitals. Do you want to go to a hospital or country club if you’re bleeding badly? I’ve made my choice.

Ever feel like you aren’t far away from God enough to enjoy the transient thrill of sin or close enough to Him to enjoy his company? Welcome to spiritual apathy, my friend. It’s actually quite sad. I can speak from experience.

If that’s where you’re at, you’re where most American Christians find themselves. It’s one of the reasons why many have given up on the church and themselves altogether.

As a former pastor, I know that too many pastors feel this way as well. But to make such an admission isn’t exactly good for job security, is it?

Why I’m Writing This Blog

I’m frustrated with what I see in the American church and myself. I have been for years. I know that there are millions of people out there who feel the same way. Perhaps you’re one of them.

I’m not writing these posts in hopes to impress you or to show you that I’m super spiritual. Boy, would my wife laugh at me if that were the case! She knows the truth.

I’m writing to pick through the rubble. To come up with conclusions together that we’re satisfied with. I’d love to share that journey with you. If you’re frustrated like me, we can work through those struggles together.

I’m convinced that we’ll find answers. Although God seems silent, maybe all this time, we’re the ones who’ve been silent. God wants something better for us. I’m trusting that He’ll provide adequate answers. How does that sound?

About seven years ago, I looked at a picture my wife snapped of me. It wasn’t pretty. I hardly recognized myself. I was 230 pounds and looked like I needed a bra more than my wife did! That was almost the tipping point for me to change but not quite. Want to know what the final straw was?

Eventually, I only fit into one shirt that I owned. It was burgundy. I wore that shirt all the time and made up my mind that I wasn’t going to buy anything bigger. Everyone in town probably thought, “there goes that poor guy with the burgundy shirt again.” That didn’t matter to me because I’d finally had enough.

Over the course of the next year, I worked hard to get down to a healthy weight. It wasn’t easy but boy was it better than the alternative. Finally, it hurt enough that doing something about my problem was easier than staying where I was at.

Being Fed Up Is The First Step

Are you fed up enough to change your spiritual condition for the better? If so, good. If not, what will it take?

For me, it’s been a slow burn. My life finally hurts too badly to stay the way that I am anymore. I don’t want to spend another year there. I don’t want to keep drifting or die a walking contradiction. It’s not enough to simply appear like a respectable citizen. That’s so tired. It’s time for change.

Can you relate? If so, are you in? Good!