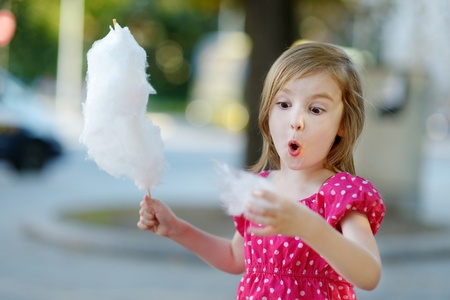 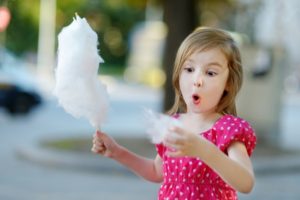 If you don’t want me to flip out, you need to do your job. I have a standard of living to keep up.

“Where do babies came from?” I asked my mom.

“You’ll find out someday,” she said.

That was enough asking for one day but I’d ask again.

I laugh at myself now. That must’ve been awkward for her.

Ok, that’s one type of question. There are other ones, though. Some of them can haunt you.

My oldest daughter was ready to leave for school last year. Before she left, she asked me one of the haunting types. I was uncomfortable.

(This is where a warning of what they’re going to ask would be nice.)

“Could someone who knows Jesus starve to death?”

I stall, stammer and trip over my words. I very badly want to lie to her–to give her the cotton-candy answer–but I don’t.

“I guess they could, honey,” I say weakly.

Why Am I So Uncomfortable?

That’s the question I wrestle with most besides picturing what it would be like if my child didn’t have enough food to survive.

Why did I feel the need to make God look better? Why did I almost lie to my daughter?

Months later, I think I know why. I’d rather not tell you but I will anyway.

For years, I’ve lived with a secret expectation of how I think God should provide for me. Sure, He has some freedom. There are places where I draw the line, though. I’ll give you a few examples.

Persistent Fatigue? Seriously? I have a family of nine to provide for, God. Do You even care?

As a pastor, an influential person in our church asked me why I didn’t teach more like a famous prosperity preacher.

“That’ll be the day,” I thought as I changed the conversation to something frivolous. I knew better.

How could he even ask something like that? I knew God wasn’t a cosmic vending machine. I knew better than to cave to the pressure to give people what they wanted to hear instead of what they needed.

Yes. In my heart, the message of “come to Jesus and God will give you money and a strong body” repulsed me. That was an obvious lie. The millionaire prosperity preachers peddling their stupid books and donation requests to the poorest of the world made me want to vomit. Rightly so.

But, all the while, something more sinister was buried in my heart.

I painfully found that there are two different prosperity gospels I need to fight.

Being angry at the extravagant “pastors” who lie to the vulnerable is so simple. That’s as effortless to spot as red coats walking across an open field were in the Revolutionary War.

But what do you do when the prosperity gospel is so deeply embedded into your own heart that you can’t even see it?

When it doesn’t walk across an open field in a brightly colored uniform? When, instead, it crouches in a thicket unseen with a musket aimed at your head as you go by thinking about what you’ll have for lunch?

The musket takes aim and fires. No. Not when you can easily pay your bills, your kids are healthy or you’re on that dream vacation.

It fires when you lose your job for ridiculous reasons. When you can’t pay your bills. When you’re too sick to work or limitless other scenarios.

What happens next? Pain grabs you by the neck and shoves your face in the dirt. That’s what.

You get angry. You become an animal. You despair. Faith goes out the window. You internally roll your eyes at anyone who, in their comfort, tells you that things will be “fine.”

“The Bible says You’re a perfect Father. I’m a screw-up but I wouldn’t do that to my kid,” I say.

My anger is no longer directed at the prosperity preachers now. It’s focused on God because He isn’t making me prosperous. How’s that for a contradiction?

And so I live like this for years, oblivious to my terrible problem. I feel guilty when I lash out at Him. I tell Him that I’m sorry and ask for his forgiveness. But all it takes is another major life disappointment and I’m right back to where I was before.

All of a sudden, I think I might see a camouflaged man in the brush taking aim at me. Soon after, I’m sure of it.

I gradually come to a startling discovery. God doesn’t promise me health and wealth.

“Exactly,” someone says. “He doesn’t promise us millions and endless ways to pamper ourselves.”

No, there’s more to it than that. That’s too easy.

You see, most of us don’t have millions and endless ways to pamper ourselves. And so we can fool ourselves into saying that the problem is someone else. That it is a problem of “those” people. That’s the red-coat version. It’s easy to recognize and easy to solve.

How about the hidden version? The one that lurks in the heart?

Many will say, “I don’t buy into a hidden prosperity obsession.”

Perhaps you’re right. But remember that you will never know the truth until something goes terribly wrong. Unless something goes badly enough with your finances and health or of someone you love to feel sharp pain.

Then, how do you react? Your reaction either proves or disproves your assumption.

If you say like Job, “The Lord gives and the Lord takes away. May the name of the Lord be praised,” then you are right. (That doesn’t mean that Job didn’t agonize over losing his health, wealth and children).

If you bitterly argue with God and blame Him, then you’ve found out something about yourself that you wish you hadn’t much like I did.

And so I find that my perspective gradually gets better. Several major things happen in my life that would have set me over the edge in the past that, surprisingly, don’t as much this time.

But all the while, I wonder how bad it would need to get before I finally tell God to get with it. Maybe I simply lowered my expectations of Him without discarding an unacceptable threshold of discomfort.

I finally realize something. It’s not just the outwardly successful who buy into the hidden prosperity gospel. It’s also the poor and disappointed.

Anyone in America who claims a relationship with God could easily buy into this hidden lie. That’s because things could always hurt more for anyone and that’s when the internal battle begins. I personally believe that my experience isn’t uncommon even (perhaps especially) among the groups who claim that this isn’t something they struggle with.

A White-Knuckled But Freeing Conclusion

The most dangerous false beliefs aren’t the ones we read about on paper. Those can’t hurt us unless we act on them.

No, the deadly ones are those we silently live by every day. They can’t easily be attacked like ideas in a book. They are slippery, near invisible motivators. Not only are they often hard for others to see. We often can’t see them ourselves.

I was simply placing American expectations on God as to how He should provide for me, not Christian ones.

To hold expectations of God that aren’t promised sets me up for disappointment. The problem all along ends up being me. That was why I felt the need to “cover” for God and lie to my daughter.

The skeptic of Christianity immediately jumps in and says, “How convenient! God promises you nothing in this life and everything in another! What a perfect way to make you obey, give to and fear a religious system! You’ll eventually die and find that the entire thing was a ruse!”

I can understand where such perspectives come from. And such ideas appear correct on the surface but fall pathetically short. Let me explain.

The skeptic’s assumption errs in one major way. It assumes that the greatest gifts God can give us are temporal health and wealth. Ironically, they are the least of the gifts that He gives.

Poverty of the soul is far worse than the absence of extravagant wealth and vigorous health though it’s the hardest for someone without enough money or good health to see. No amount of physical prosperity can blot out the relentless and empty gnawing of a soul that has no real hope.

That’s why Jesus said this to a church that mirrors the American church in its prosperity.

“You say, ‘I am rich. I have everything I want. I don’t need a thing!’ And you don’t realize that you are wretched and miserable and poor and blind and naked.”

In contrast, that’s also why Jesus said this to a different church:

“I know about your suffering and your poverty—but you are rich!”

God actually does promise his children complete health and wealth in eternity. His children are encouraged to hold onto this hope though few regularly feel the need.

But physical blessing is not our ultimate goal. Our greatest gift will be Him. Other blessings will be mere side benefits as we exist in his perfect love.

We may or may not experience health and wealth to the level that we’d like to here on earth. We can experience a rich and loving soul that carries us through these disappointments, though, as God’s power flows through us.

Every one of our setbacks serves only to remind us that our desires turned out to be weak ones. That, all along, we set our sights way too low. We sought out stability in health and wealth. But like living in a cardboard box in a hurricane, those lesser blessings can be instantly gone.

So we find in our pain, depression and anger something that is far better. That Someone can’t be taken away by anything or anyone. That Someone does more than rescue us from our weak desires and despair when our sand castle gets smashed. He also leads us safely home to a place where we will never want for anything else again.