I had a conversation with a friend who is a pastor last week. He shared about a friend who’s a Christian businessman who confided in him about something that has been getting under his skin for quite some time.

He said, “I’m fed up with doing business with Christians. They are the most difficult and unreasonable customers that I come across.” 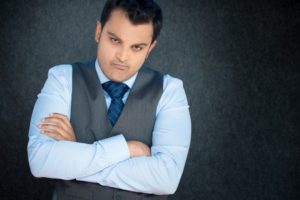 It was a scathing sketch of what he thought the typical Christian of the Western world looks like. So what gives? What causes a person of faith to come to such a conclusion?

Some who are religious would attack this businessman. They would say that he is unspiritual and a fault finder. But what if he was simply making an observation of what is, too often, true?

I recently read the start of the book of Ezekiel. Ezekiel was a prophet before Jesus came to minister on earth. Before his first day on the job as a prophet of Israel, God basically told him, “Good luck with that.” He told him in unmistakable terms that he shouldn’t expect ministry success. No earthly employer would hire someone and before they started work say to them, “just so you know, no matter how hard you try, you won’t be successful.” God did just that, though. Here’s what He said.

“Stand up, son of man,” said the voice. “I want to speak to you.” The Spirit came into me as he spoke, and he set me on my feet. I listened carefully to his words. “Son of man,” he said, “I am sending you to the nation of Israel, a rebellious nation that has rebelled against me. They and their ancestors have been rebelling against me to this very day. They are a stubborn and hard-hearted people. But I am sending you to say to them, ‘This is what the Sovereign Lord says!’ And whether they listen or refuse to listen—for remember, they are rebels—at least they will know that they had a prophet among them.

Son of man, do not fear them or their words. Don’t be afraid even though their threats surround you like nettles and briers and stinging scorpions. Do not be dismayed by their dark scowls, even though they are rebels. You must give them my messages whether they listen or not. But they won’t listen, for they are completely rebellious! Son of man, listen to what I say to you. Do not join them in their rebellion…” 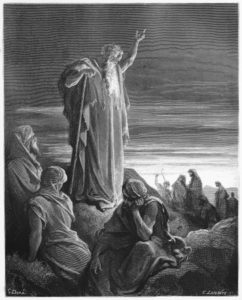 Certainly, God can put perfectly into words whatever He wishes. God doesn’t sound polished here, though. That’s not his goal. Instead, He’s communicating complete frustration. He sounds more like a mom giving her child a tongue lashing after that child repeatedly ignores her. He’s fed up with a people that doesn’t listen to Him, that doesn’t care. Could it be that the businessman has had it with the same thing that God has had it with?

For those who, in their hearts, don’t care about God (no matter how many times they verbally ascent the opposite) religion or the church actually makes them worse.

Later, in chapter 3 of Ezekiel, God says something striking to Ezekiel as He continues to vent his frustration.

The thing that’s worth stopping and taking notice of is that God basically says that those who weren’t living under the religious practices He had prescribed and didn’t have scripture were more reasonable than those who did. Really, that doesn’t make sense. There’s only one conclusion to come to.

Without a true love for and faith in God, religion becomes an ugly, disgusting thing. For those who, in their hearts, don’t care about God (no matter how many times they verbally ascent the opposite) religion or the church actually makes them worse. I’m not talking about those who come to God broken and messed up, in search of restoration and healing. And I’m not talking about sinful Christians who are, by God’s power, striving to get better. I’m talking about churched, Christianized people who are blatant hypocrites and poison the church. They make it difficult for true Christians to want to go to church and grow in their walk with God and equally as undesirable to those who don’t have a relationship with God.

Those who don’t know God have seen these people in their daily practices, taken note that they are church goers and vowed to never darken the doors of a place that churns out religious charlatans like them.

Do you know what sin that C.S. Lewis thought was the apex of evil? To give you a hint, it wasn’t adultery, over consumption of alcohol or anger. It was religious hypocrisy. Spiritual sins concerned Lewis the most. It was pretending to be good when you are anything but good especially in a church or religious context. Authenticity was missing in this case, resulting in difficult Christians. This sums up what he thought about the matter which can be found in Mere Christianity.

“That is why a cold, self-righteous prig who goes regularly to church may be far nearer to hell than a prostitute. But, of course, it is better to be neither.”

My previous post on Why Humility Matters spells out, why above everyone else, there is no hope for those characterized by spiritual pride. And yet, no matter how bad or far from God we are, there is always hope as long as we have breath. There’s always time to ask God to break into the blackness of our souls and to bring about a miracle. The danger of the spiritually proud and religiously smug is that they are the least likely to ask compared to anyone on earth. Yet, even for them, God is there to embrace them if they only call out for help.