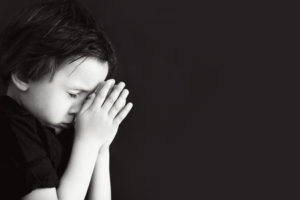 A father and mother, now grey-headed, had but one son. He was born to them at the end of a woman’s ability to deliver a child.

The eight-year-old boy’s name was Marcus and he had Down syndrome. The family seemed homely to many. There wasn’t much outward charm.

But inwardly, a perpetual feast took place. Marcus learned something that few children his age do—prayer.

Prayer was as natural as eating to him. His was a family with many cares from health to financial. Marcus’ family needed God to survive.

What began as painful dependence blossomed into joy, peace and hope over time. A calm confidence that everything would be ok despite trouble covered them.

Marcus’ family was a regular part of their church. This wasn’t your average church either as you’ll see.

The church was growing like crazy. The pastor of the church had talent oozing from his pores.

Across the country, millions of people leave services scratching their heads or taking ibuprofen each Sunday.

These unfortunate people hope that no one asks them what the sermon was about because they aren’t quite sure. There was a jumbling of Bible verses and an abundance of words mixed together. That’s all they know.

They feel guilty for their trance-like fog as they exit. Some blame themselves for this problem or on their failure to drink the entire pot of coffee. Others blame the messenger. Still others, the devil.

Marcus’ parents had that unpleasant experience with messages in the past. But Pastor Winsome seemed to get better each year. There was no equal in their opinion.

Heathen and Bible thumper alike sung the praises of Pastor Winsome. He had an unrivaled way of cutting through the dirt of life and pulling out all the diamonds. Then everyone took those diamonds home and shared them with others.

Not surprisingly, the church grew by the hundreds. Pastor Winsome’s preaching led many to rededicate their lives to God. There were hundreds more who trusted Jesus for the first time and turned from their formerly dark lives.

This church surely had the blessing of God written all over it. No one could deny that fact. The reputation of this group of Jesus followers sparkled in the community.

Some More About Marcus

Anyone who’s known a Down-syndrome child can tell you they often are full of faith and joy. It’s ironic that God made them this way but fitting at the same time. They are happier than most.

Marcus brought tears of admiration to the eyes of some in his church. Others were secretly repulsed. He didn’t look or talk the same as everyone else. Some avoided him because they felt awkward around him.

There was something no one could ignore about Marcus, though. Two years prior, at the age of six, he started doing something unusual each Sunday.

The first time it happened, his parents felt embarrassed. Later, they felt ashamed for having felt that way.

That day, Marcus got out of his seat and went to the front of the church as Pastor Winsome spoke. No one noticed the pastor at that moment.

Marcus climbed halfway up the steps that led to the stage where the pastor taught. There, Marcus knelt and began to pray.

There was passion in his prayers and faith.

This event was unexpected and threw off the congregation, the pastor included. Pastor Winsome stumbled over his words, stuttered and then, to the great relief of the congregation regained his footing. The sermon continued without another hitch.

And all the while, Marcus continued to pray.

Something else happened, though. Every Sunday afterward, Marcus did the same thing. As the sermon was about to start, Marcus made his way forward with no concern of who saw him (everyone saw him).

There, he prayed for the half hour the pastor spoke. This practice was good and bad in the eyes of the church.

Some would be outraged that I must mention this fact. But let’s face it. Even great churches are full of a bunch of imperfect people.

Some, including Pastor Winsome, felt that Marcus was distracting to the overall message. Others were uncomfortable with this practice as it wasn’t normally what happens in a church, especially in one as big and mainstream as theirs.

How would visitors feel about this unorthodox prayer time. What if they went somewhere else instead because of it?

There were others who held the opposite opinion. They said, “Everyone can tell that he is praying sincerely, a mere child. How could we, in good conscience, stifle the heart-felt, persistent prayers of a child?”

Now that was hard to argue with. Even those most against the weekly “interruption” felt there was nothing to be done. If they tried to put an end to Marcus’ prayers, they’d be considered the unspiritual ones. To do so would be unthinkable.

And so, for two years these prayers continued.

During these two years, Pastor Winsome grew increasingly frustrated with this unusual Sunday ritual. This impatience increased as his success grew.

It was humbling to the pastor. And that was a level of humility that was difficult to accept.

Pastor Winsome’s preaching didn’t go unnoticed. He was now frequently viewed online and on television as a real talent. His preaching was admittedly great.

Many figured he’d eventually reach a plateau in his abilities. That didn’t happen, though. He just got better and better.

He spoke with his camera men on several occasions about an upsetting problem. He made sure that that they didn’t include Marcus in the footage.

It had to be done everyone figured, to remain professional. But the result was that the camera couldn’t zoom out on the crowd for a contrast.

Instead, it focused closely on Pastor Winsome so that the stairs leading up to the stage and the little boy who knelt there wouldn’t be visible.

The videography was cramped. It was a shame those watching couldn’t see the large crowd that came to hear him speak, thought the pastor.

At the close of these two years, Pastor Winsome began to pray for God to stop Marcus from praying. Since the congregation couldn’t or wouldn’t stop him, he thought it was worth a try.

There was soon a handsome book deal and Pastor Winsome’ salary had more than tripled since he first came to the church.

Pastor Winsome and his wife had four teen children. One weekend, his family traveled out of state to visit some old friends from a previous ministry.

His family figured it would be the same if they stayed. They wouldn’t see a husband or dad anyway. They would witness a man driven to success at all costs.

Life was busy for Pastor Winsome. He couldn’t get away from his sermon preparation and taking off Sundays was discouraged.

“There’s no one who’s as good at preaching as you are. We don’t want our numbers to go down,” said the leadership. Pastor Winsome couldn’t argue with that. It was the truth.

He came home late after a book-signing event on Friday night, the lone person in his house. Soon after, he pulled the covers over his head and fell into a deep sleep.

While asleep, light seeped into his window that first seemed like a passing car in the darkness.

This soon transitioned into a stronger brightness like someone turned on the lamp in his room, his eyes still closed.

He opened his eyes with a start. His lamp was not on.

A blinding scene followed that he couldn’t look at straight on.

Next, he saw a large and terrifying being all ablaze. It spoke to him but not with vocal chords.

One spoken word scared him more than anything else—his name.

It was more than frightening. That being knew who he was and where he lived.

“Your prayers have reached my Master, the Most-High God and He’s taken notice of you.”

Tom trembled as sweat poured from his head.

“He asks me to pose a question to you. When did your preaching become great?”

Tom didn’t want to answer but felt it impossible to do anything else. He would’ve held out every time had he been dealing with a lesser person. But he was summoned by someone greater and had to obey.

“Two years ago,” he said, his voice anemic.

“The Lord says to ask you how long Marcus has prayed for you.”

A shudder that felt like death ensued.  Instantly, he understood something terrible.

“Has it escaped your notice that the years of your best success began and grew as Marcus prayed for you?”

This was a rhetorical question. It wasn’t meant to be answered and Tom felt powerless to utter a word.

The blinding light increased in intensity and the room grew hot.

“This is what the Lord says: ‘None of the conversions or life change from your preaching was because of you. It was all because of Marcus who prayed for you. The reward for it all goes to him. And you are left with nothing…’”

“Marcus in his weakness was ever before my King. But you—where were you, Tom? Surely God would have answered if only you spoke to him…”

“The only time you spoke to my Master was when you asked Him to silence Marcus.”

“This is more than I can bear!” said Tom in a voice more like a cornered beast.

“Is not the Lord love? Isn’t He still mercy? Even this pain is meant to turn you from your sin of pride. So long as your heart beats, there is still hope even for you,” said the angel.

Afterward: Inspiration For This Story

Some of the best I’ve ever read of Charles Spurgeon is a book that’s no longer in print (Lectures to My Students). If you can find a copy, you’ll love it.

It’s not as wordy as his other writings. He lectured to pastors in the ministry who, as Spurgeon shared, were too tired for much else besides succinct truth and humor.

As a pastor in rural Canada, I often laughed out loud reading this book. Although I admit this story is very sobering instead of humorous.

In a chapter on the need for prayerful pastors, Spurgeon wrote the following:

“I was reading yesterday a book by Father Faber, late of the Oratory, at Brompton, a marvelous compound of truth and error. In it he relates a legend to this effect.

A certain preacher, whose sermons converted men by scores, received a revelation from heaven that not one of the conversions was owing to his talents or eloquence, but all to the prayers of an illiterate lay-brother, who sat on the pulpit steps, pleading all the time for the success of the sermon. It may in the all-revealing day be so with us. We may discover, after having labored long and wearily in preaching, that all the honour belongs to another builder, whose prayers were gold, silver, and precious stones, while our sermonisings being apart from prayer, were but hay and stubble.”