The Crappy Soil of the American Church Is Changing 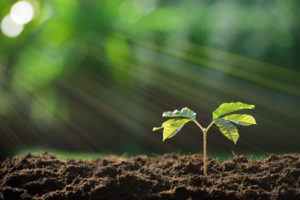 The spiritual soil in the US is unrivaled compared to anywhere else in the world.

Many held tightly to that belief for decades, generations. They painted their blighted, curled and brown crops green. Churchgoers admired how their field’s growth sparkled in the sun under a new coat of paint without a hint of brown showing through.

They invited others to come and enjoy the spectacle. But the ones they herded in and gave high hopes to were hungry. Where were the corn, potatoes and peaches? Their visitors left hungry and did not come back. “Many are called but few are chosen,” the “churchies” quoted from the Bible as they watched them leave.

But those who left knew better. There wasn’t anything there for them. They chose to starve outside the walls rather than witness a hoax. Many who stayed were worse off yet. They starved while looking at plants with more than one coat of paint on them. They stood watching for a miracle that would never come.

The soil was bad and has been that way for a long time. It happened in a nation that was different from the rest of the world. It was a nation with the most money and resources. It was proof that money, church CEOs, big buildings and interesting teaching couldn’t turn those vast resources into results that mattered. There was no prayer. There was no love. Deep down, everyone knew it.

It was a nation that boasted a middle class to the envy of the world and countless civilizations going back thousands of years. It was a land of free speech, hope and abundance.

Couldn’t the other nations tell that America’s televangelists preyed on the destitute, promising them riches if only they would give their last dollar first? No. They couldn’t. The suits, jewelry and syrupy words made them trust and give when they should have held back, mocked or even prayed if they were kinder than most.

And now something is happening to the soil of the American church. It’s something that no one wants but it cannot be prevented. Granule by granule, its soil grows darker, holds more nutrients and adequate water, but everyone inside and outside the church wishes that it weren’t so because it’s going to hurt.

“Where is the wealth so we can give it to our highly-educated pastors, buildings and lustrous strategies?” It used to be there but no longer is. “What happened to our middle-class faithful givers?” There are few to answer back.

And wealthy business owners, many in the church, take a shot at the rising tide of millions and millions more on government assistance. They ridicule the very masses that make their lavish lifestyle possible. “The work ethic is gone. They are unmotivated,” they say.

But what they forget is that they are ever in the minority. That those on assistance are rarely drug addicts or unbridled whores as they like to think. Many have advanced degrees but that is not enough. Many more have no degrees but more than enough common sense for all of them. Their workers, who increasingly live in poverty laugh back. They ask, “would you be motivated if this was your wage, wealthy man?” The only response is silence.

“There are more than enough jobs. Quick! Grab one,” say the rich.

“But none of them are good ones. I’ll need three of them to survive,” say the poor.

“That’s not my problem,” say the rich.

And the angst of both sides grows stronger as the divide between the rich and the poor deepens. The ire of the living fossils who are the middle class are kindled and can be found in rare clusters between them.

“I was never on assistance,” the self-sufficient man proclaims. But the poor know the raw truth. It is not the poor only who are on assistance. It is also the rich. How do you say? The government’s lavish generosity means that workers are paid less. Where do you think that extra money goes to? It goes to the one with the many workers and many times over. It goes to the one who mocks the poor for getting help, proving again and again that the rich need it too. Without it, they would have to lose their Facebook-worthy vacations, downsize dramatically or lose their livelihood altogether.

“Rip all assistance from the landscape. Slash food and healthcare, all of it,” one says.

“Are you prepared for the revolution that must follow if you do that?”

“Yes,” the other says but he is not ready. He cannot be prepared for what will follow. The poor man is right. Banning assistance will start a revolution full of strikes, revolts, violence and thievery.

But the rich man is also right. “The debt cannot go on like this,” he says. So you find that you can neither get rid of assistance nor keep it. Either option would be disastrous. You can voluntarily release the deadly flood waters from a dam by banning it. Go ahead but there will be hell to pay.

The other option is to wait for the dam to break under the weight of debt. And break it will at the proper time. And when those flood waters burst out, it will be just as terrible.

Those in power claim to be able to fix it so they can be given even more power. But they know full well that they cannot. Neither Republicans, Democrats nor Santa Claus can fix it.

The Soil Is Improving

Go ahead and cherish your Bible. You should. But know this. If you take God at face value, you will be labeled a hater whether you are or not. Free speech is disappearing. Others will despise you for what you believe. They will do what they can to undermine and intimidate you. Persecution is coming.

And still the soil of the American church darkens. It grows richer and more fertile though it’s almost imperceptible. The death of weak hopes and dreams richen it like decaying plant and animal matter does to farm soil.

And I wish it weren’t so. So do you. Why? Because what is the soil that the real church thrives in? It’s poverty. It’s distress. It’s persecution. No one wants that. But it’s coming. And as it does, eternal results will take place that were not possible for generations in America.

And the charade of the American church proves to have been no church at all. It was a mere religious game. The real church rises from the dust. The one that Americans read about in the Bible for years but did not experience. Not buildings and wealth. But people, relationships and love. A childlike faith in a loving God.

The painted plants are uprooted, spiritual fruit grows and the starving are fed. The church becomes as it always should have been.