The Truth About Your Inner Critic 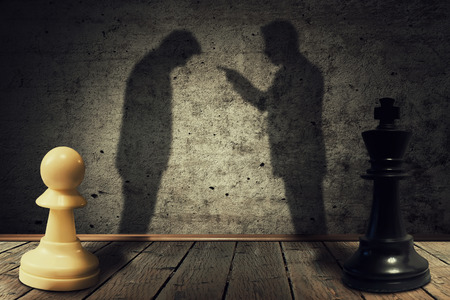 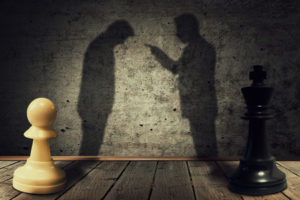 Enough With Your Words!

Mr. Psychologist, I don’t fully understand. You say that words can’t hurt us unless we let them. Yes, intellectually that’s true. If we were machines, then your advice would work like magic in real life.

I wish I was a machine. That insults bounced off my metal head and heart and found no ample resting place. But I’m just blood and skin. Weak and vulnerable like everyone else.

It’s all bizarre when you think about it. We’re prone to hold someone hostage for months and years for things they say to us. The person who wields the club usually forgets the occurrence. But do we?

We rehash sandpaper and stabbing words and everything in between spoken to us. Words that make us cry, tick us off, cause us to feel dumb, numb or that tempt us to abandon our dreams.

Often, they were words of anger said with little thought but with plenty of heat and passion. Many times, those who unleashed them didn’t mean what they said. Yet we internalize and replay those phrases like they were spoken by God Himself.

But what difference does all that make anyway? I’ve found that no one can hurt me worse than me. I think it’s true for you too.

You may object and say that other people hurt you far worse. I think you only believe that because you’re used to a dysfunctional relationship with yourself.

Like a spouse who’s lived decades with a chronic abuser, you’ve normalized it. “It doesn’t really hurt that bad after all,” you say because you’ve come to expect it. You’ve lived your life the best you could in an abusive environment.

Who is your inner critic? The voice inside of you that’s never silent that tells you to give up. To believe lies about yourself. Who tells you God could never love someone like you. Because you know better than anyone else how badly you’ve messed up and how many times.

What If There’s More?

But, hold up. What if the chronic abuser isn’t actually you and me like much of society assumes?

What if there’s more to the “I’m my own worst enemy” thing?” Something much darker. Someone, in fact.

Someone the psychologist can’t perceive. An unseen accuser.

Jesus told us to love others as we already love ourselves.

No one ever had to teach me how to love me. From the time I could exercise my will, I grabbed for whatever I wanted and often at the expense of others. You experienced the same.

I wouldn’t internally talk to myself like that. You wouldn’t either. It isn’t natural. We care too much about ourselves.

Sure, we have to fight not thinking or saying mean things about others.

No. There is someone else. The purest form of all cowards who speaks these thoughts into our minds. Who speaks the strongest when we are weak, tired and afflicted.

Those who say there is no devil, no demons—Have they never been inside their own head?

For years, I feared it was God talking so cruelly to me. Friends, for the record, God doesn’t talk like that.

Anything that causes you to lose hope, deride yourself or give up comes from someone completely different than God.

Could God get your attention or even scare you? Yes. But it’s done to build up your soul, not tear it to pieces.

For five years, I worked directly with tormented people at a crisis home for the mentally ill.

Some patients saw things that weren’t there. One patient got mad at me for opening the blinds. When I asked him why he was upset, he said because there was a green alien staring through the window at him.

I especially learned something from those who heard voices. I asked patients if the voices sounded as real as my voice. They said “yes.”

Some of them would lie awake perpetually terrified. They reported hearing voices screaming at them throughout the night.

Sometimes the voices laughed at them. Other times, they insulted. The voices told patients they were fat, ugly and should kill themselves. They told them to put a bag over their head and suffocate themselves.

When I asked patients what the voices sounded like, they always said they didn’t know, they were male or too evil to be human.

Everything was psychologized and educationally explained away there. Patients were drugged, some with remarkable improvement, some not.

But as a Christian, there was something I found curious. All voices had one undeniable thing in common. Every single comment that the patients reported was always negative.

This led me to an interesting thought. If the cause was simply the result of random misfiring in the brain, wouldn’t there be a mix of bad and good voices?

Why didn’t one of the voices occasionally prompt a patient to enjoy a pepperoni pizza? Tell them they had a beautiful smile? Encourage them to get out and enjoy a nice day?

I never heard that. Not once. Not one thing that was even close to positive. That convinced me the accuser was directly involved.

Many of the people there were tormented in a way that few of us will ever understand.

I never felt that it was because the afflicted people were uniquely bad. No. They’d just been dealt a bad lot in life.

For whatever reason, they had to feel the evil of the world in a way few others must. And how did the world repay them?

Don’t Argue With him

You’re wasting your time. And don’t tell him where to go, either. Only God has that authority.

As God’s son or daughter, only tell him this:

“I’m His and you can’t touch me. You know that and it scares you, doesn’t it?

JESUS–How do you feel about that name?

You laugh at sex slavery, starvation, terrorism and abortion. They’re a regular old knee-slapper to you, aren’t they?

If you like laughing so much, why don’t you snicker at that NAME?

Not so funny anymore, is it? Yeah, that’s what I thought.

When You’re Pushed Too Far

We all have our scars but they don’t need to define us. There’s something our enemy fears.

He fears that if he pushes us too far and scars us too badly, we may completely revolt. To forever discount him as a fraud and no longer heed his accusations. And that would make things far worse for him.

The tormentor becomes the tormented.

The noose he set for our necks goes around his instead.

He’s terrified that we may overthrow his criticism and start listening to a stronger, gentler Voice.

When that happens, every hole the intruder punched in us sends forth the blinding light of God and it cannot be hidden. What he devised for evil, God turns into good. And not untested good, either. Raw, flinty, gritty good. A good that’s triumphed despite great pressure towards failure.

That sort of good is all the more glorious for God and man to look upon. But it’s a dreaded terror for the accuser.

For years, I’ve been scarred and tormented badly by the enemy. But I’ve made up my mind that, by God’s power, the accuser’s gonna regret every scar he ever gave me.

I’m going to expose so many of my failures that the enemy won’t have anything left to throw at me because I’ll already have admitted them all. And I’m going to show how irresistible God is, to the point that the enemy is gonna have to cover his eyes and ears.

Every hole punched in the tin can of my life will send out God’s light. Fearless, ever-penetrating light.

The one inside your head doesn’t want you to know that light. And he definitely doesn’t want it to blaze from you.

Oh, but it can, my friend. It most certainly can.