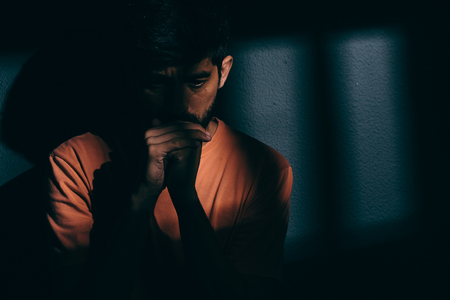 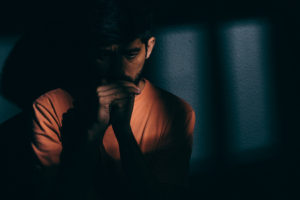 If you follow the news, you’re probably tired of hearing about North Korea and its infamous “Rocket Man.”

Kim Jong Un lives in luxury in North Korea. Few others do. Grace Jo was one of the many who suffered under Kim’s rule and his predecessors before she escaped.

Now 26 years old, Grace is a college student in the US. While living in North Korea, her two younger brothers died of starvation. Her dad, desperate to feed his family, snuck a bag of rice in from China and was beaten to death by the North Korean police.

Grace remembers her family going ten days without any food–only water. Her grandmother found five baby mice in a field and made soup for her family. That’s how everyone broke their involuntary fast.

Grace also remembers having to bow to images of North Korean dictators thanking their likenesses for her food.

A country of more than 25 million people is going through more suffering than most in the western world can comprehend.

I don’t claim to be one who understands.

So, it leaves me with a question I’m scared to answer, for me and others here in the states.

Could what we often call Christianity in this country withstand the North Korea I just told you about?

I told you I’m scared to answer that question and I mean it. But I’m even more scared not to answer it.

By answering it correctly, we’re closer to hope. If we get it wrong, we’re nearer opposite.

If the answer to the question posed by this article, by and large, is “yes,” then let’s go on as usual.

Let’s get our shovels out and bury a dumb question.

But if the answer is “no,” then we have a big problem. And we’d better figure out the answer before we exit the stage.

If the answer is “no”, a thousand congratulations cannot still the restlessness.

Neither can a thousand church services.

The quick, easy answer is that American faith would survive in the worst of places if it was real to begin with.

When I refer to “American faith,” I mean just that. I don’t mean faith in the Christian or Biblical sense. I mean it in the pagan, materialistic sense our culture embraces with religion mixed in. Call it “American-dream Christianity” or whatever you like.

But regardless of what you call it, the term is an ultimate contradiction. There is no such thing as American-dream Christianity in function.

Either the American Dream or Christianity wins out. But they cannot both win at the same time. They are competing pursuits.

Jesus made that much clear when He said you cannot serve both God and money (slavery to money).

American faith can easily be substituted for “Western-World Faith.” This is not a problem unique only to America but a plague in many “developed” countries of the world.

It has little to do with reliance on God. There’s the appearance of reliance but that’s all. It’s actually just reliance on self.

Yes, Bibles are involved in this false faith. So are prayers. Christian-like phrases get thrown around.

We even condemn grossly deviant prosperity preachers who bilk millions from the poor around the world under a false spiritual pretense.

There’s just one problem. The central theme of our “Christianity” often is nothing more than a pagan religion that masquerades as real Christianity–nothing but materialism repackaged.

It’s a Frankenstein creation of Christian aspects but the energy that drives it is money and power more than anything else. Real, Biblical faith has nothing to do with it.

We measure others by shallow definitions of success as put forth by our society. We become a moral country club. Then we wonder why people don’t want to come back to our churches.

What they find, too often, is just a recycled version of the same thing—a system that rewards the “fortunate” and shames the “less fortunate.”

There’s just one thing that’s different. Greed in the name of “Christian” religion is more dark than any other greed around.

Money and gain too often steal the show here.

True Christianity—one that would survive in North Korea?

I’m not here to criticize every Christian gathering in our country. Rather, my goal is to switch on the stadium lights to expose some concerns that are, nonetheless, far-reaching.

It’s important to remember that, no matter how bad things are, in every culture there is sincere faith somewhere.

So, would real faith survive North Korea? By definition, it must.

Absolutely not. There wouldn’t be a shred of American faith left after something so trying.

Because most people in our country who call themselves Christians put their trust in something other than God.

Their “faith” is a renegade faith.

That faith works great when your bank account’s full.

That faith works fine when your kids are healthy—or alive for that matter.

That same “faith” will strip you naked and thieve your soul when **** hits the fan.

Ironically, it’s worse than simply having no faith at all. If I think I have faith but don’t, then I am more deceived than the “average pagan.”

Boasting about fake faith is like boasting about the heat in your car on the hottest day of summer. Of course, it’ll work then—are we really having this conversation?

That faith is like a bucket that will hold water as long as it stays submerged. Bring it out of the water and you find out the real truth.

When it gets yanked out and either holds water or doesn’t.

When the heat in your car does battle with a continent of chaotic cold.

If we only have American faith, let’s hope to God nothing goes wrong or we’re in for it.

But if we have something real, something enduring. There is no despair or misfortune we need to fear.